One of the things I love to do is cooking. I love testing new recipes, I love receiving my friends and cooking for them, I love cooking for my family when I go to Brazil. I also love watching videos of recipes and I became a MasterChef fan. Obviously, I also love to eat. One of the things that Thiago and I enjoy a lot about living in New York is exploring the number of restaurants that exist here. And, not long ago, I discovered that I could bring home the recipes from restaurants that we enjoy. Cooking, for me, is bringing memories back and creating new ones. For me, having the chance to recreate dishes that I like is so amazing! So today I bring you a list of 10 cookbooks from New York restaurants! 2. Boqueria – After traveling to Spain and falling in love with tapas, I found Boqueria, and, since then, it is one of my favorite restaurants here in New York. I never had anything there that was not good! When I found out they had the cookbook, I wasted no time and immediately ordered mine. In addition to being beautiful, it has a multitude of recipes: from traditional tapas such as patatas bravas and bacon-wrapped dates to classic favorites such as garlic-sautéed prawns, pork meatballs and seafood paella, this book captures the best of Spanish cuisine. 3. EMILY: The Cookbook – Emily was a happy discovery in 2019. The pizzas and the burger are simply unique. It was another book that I didn’t think twice about it when I saw it existed. I have even reproduced the pistachio pesto recipe and it is approved! I really want to test the pizza dough. The book has pasta recipes, salads, desserts, and, of course, pizzas, including the Detroit style, for which the restaurant is famous. 4. Momofuku Milk Bar – Milk Bar has become a phenomenon here in New York – it is worth watching the Chef’s Table episode about Christina Tosi, who is behind delicious and different creations like Soft Serve Cereal Milk, ice cream with cereal milk. Everything in the Milk Bar is very tasty! I’m a big fan! 5. Shake Shack: a cookbook – yes, ladies and gentlemen: we have a Shake Shack cookbook! It brings 70 recipes and many stories, fun facts, and professional tips. Make your own ShackBurgers,  crinkle-cut fries and other delights from NYC’s chain famous menu. 6. Eleven Madison Park: The Next Chapter, Revised and Unlimited Edition: [A Cookbook]– Eleven Madison Park has already been named the best restaurant in the world. This book – updated version – features over 80 recipes, stories, photographs, and watercolor paintings by the famous chef Daniel Humm. 7. The Red Rooster Cookbook: The Story of Food and Hustle in Harlem – Red Rooster is like a Harlem institution, known for its menu with Soul Food, super traditional here in the USA. The book includes classic recipes like the famous chicken and waffle and impressive archival and contemporary photos. 8. The Dead Rabbit Drinks Manual: Secret Recipes and Barroom Tales from Two Belfast Boys Who Conquered the Cocktail – Dead Rabbit in Lower Manhattan is a famous bar in NYC, receiving award after award including World’s Best Bar, World’s Best Cocktail Menu, World’s Best Drink Selection, and Best American Cocktail Bar. The book, along with its inventive recipes, also details founder Sean Muldoon and bar manager Jack McGarry’s inspiring rags-to-riches story that began in Ireland and has brought them to the top of the cocktail world.  Along with the recipes and their photos, this stylish and handsome book includes photographs from the bar itself so readers are able to take a peek into the classic world of Dead Rabbit. 9. A Girl and Her Pig: Recipes and Stories – April Bloomfield takes home cooks on an intimate tour of the food that has made her a star. Thoughtful, voice-driven recipes go behind the scenes of Bloomfield’s lauded restaurants—The Spotted Pig, The Breslin, and The John Dory—and into her own home kitchen, where her attention to detail and reverence for honest ingredients result in unforgettable dishes that reflect her love for the tactile pleasures of cooking and eating.

10. Junior’s Cheesecake Cookbook: 50 To-Die-For Recipes of New York-Style Cheesecake –cheesecake is one of the most famous American desserts in the world and Junior’s is certainly one of the strongest names when it comes to this dessert. Alan Rosen, the grandson of Junior’s founder, reveals the recipe for the original New York Cheesecake, unchanged since 1950. There is also Banana Fudge, Strawberry Parfait. There are 50 recipes.

This post has affiliate links. When you buy using these links, you are supporting my work! 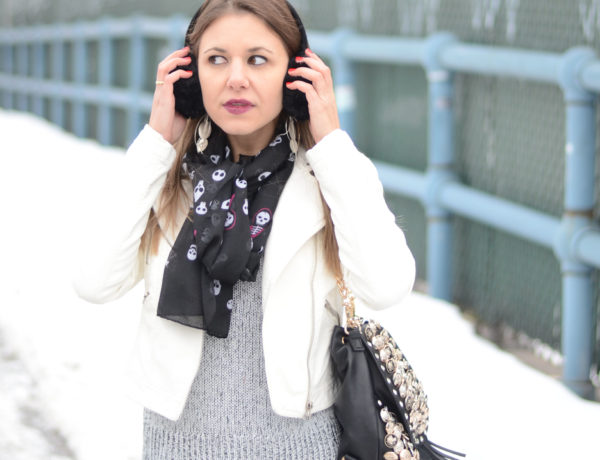 Winter closet: my best purchases in clothing, shoes and accessories Beauty shopping in New York: a duty free in Manhattan